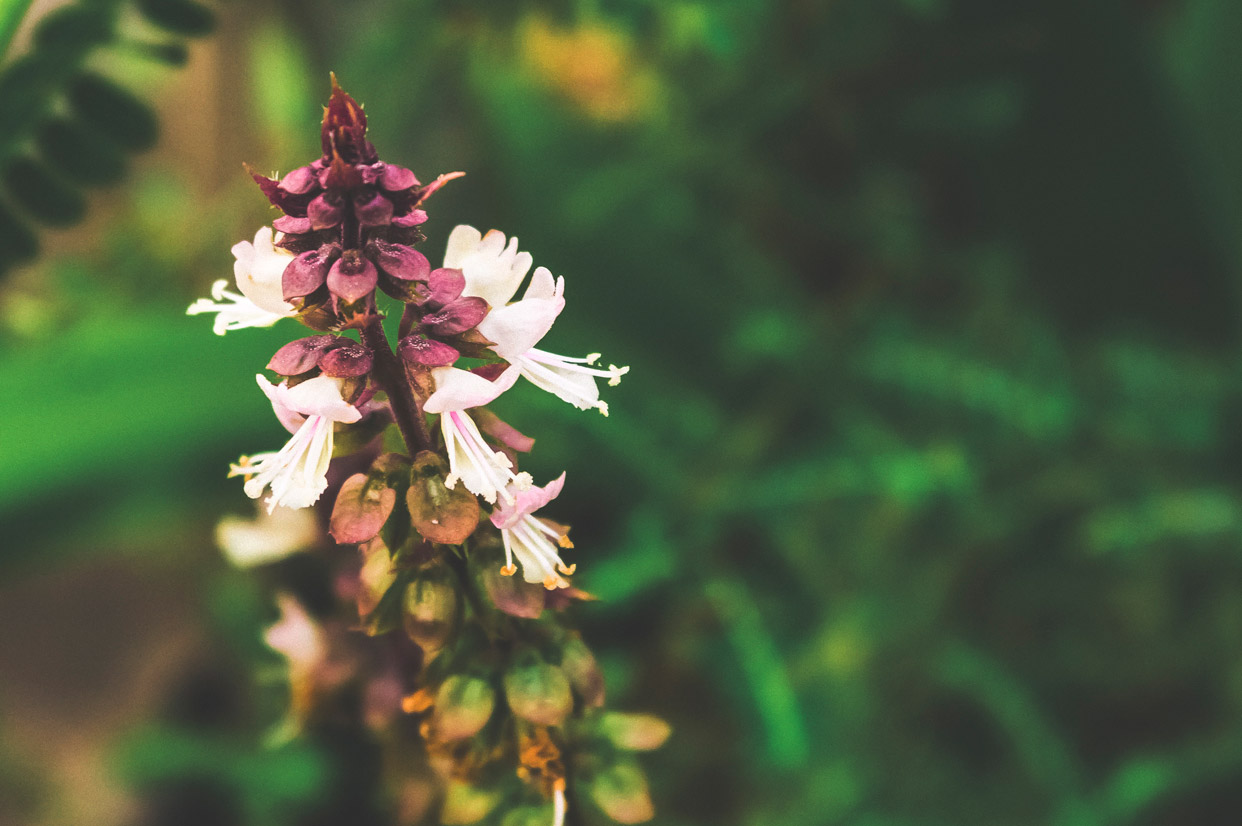 As if being worshipped by millions of people throughout the Indian subcontinent was not enough, the Tulsi plant, also known as Holy Basil in the West, has an exquisite taste reminiscent of bubblegum. And that

seems oddly appropriate for an herb allegorically believed to be the embodiment of Lakshmi, the Hindu goddess of wealth, love, and prosperity. And the plant certainly lives up to its sacred status throughout India and much of the world. Possessing a wide range of impressive health and psycho-spiritual benefits, Holy Basil has become a legendary part of Hindu culture over the last five thousand or so years, adorning houses and temples throughout the country and earning it revered names such as “The Elixir of Life” and “Mother Medicine of Nature.”

The Health Benefits of Holy Basil

As a testament to the plant’s curative powers, to this very day, it is widely regarded as one of the preeminent herbs in the ancient Indian system of medicine known as Ayurveda, where it is classified as a rasayana—an elite class of adaptogenic herbs prized for their ability to fundamentally restore balance and harmony in the mind, body, and spirit. Not wanting to be left out of the party, contemporary health researchers have also taken an interest in Holy Basil, making it one of the rare herbs that has substantial science backing up its borderline miraculous healing properties. A host of studies have demonstrated it to be a powerful anti-inflammatory, antioxidant, and immune system modulator, as well as a promising treatment for conditions ranging from liver disease to arthritis, to diabetes and cancer, which is in line with its traditional Ayurvedic uses.

But as impressive as these uses are, they pale in comparison to Tulsi’s real value as a treatment not merely for the symptoms of disease, but for addressing the deeper psycho-emotional-spiritual roots of these ailments.

Chinese Medicine classifies Holy Basil in a similar regard to Ayurveda, as a rare and highly sought after “Shen tonic,” loosely translating to an herb that nourishes the spirit, which should come as no surprise given it’s supposed divine origins. And as effective as it is for treating common health ailments, perhaps its greatest benefit is the restorative effect it has on the nervous system. Tulsi is a powerful corticosteroid modulator, meaning that it has the unique ability to reduce circulating stress hormones in the body, making it an ideal herb for today’s hyper-stimulated digital culture.

In fact, the fantastically pleasurable ritual of sipping on Holy Basil tea can pack a narcotic-like punch as chronic stress patterns are interrupted and a warm feeling of peace and serenity wash over the body. But don’t worry—it is not physically addictive and, even if it were, it would only have the pleasant side effect of making you live longer. After all, it is widely considered to be a prophylactic in the various cultures in which its use spread in the ancient world, simply meaning that it’s a known life-extending substance. 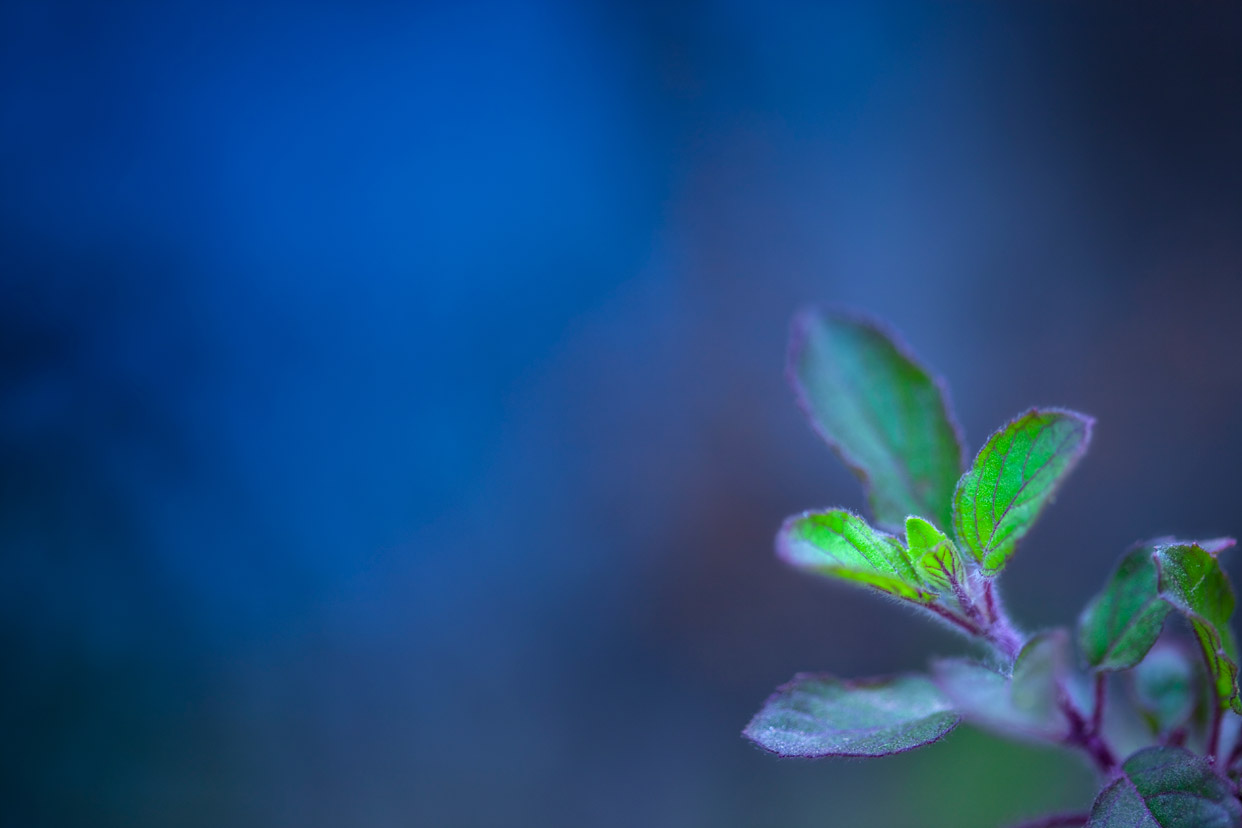 But perhaps the most interesting aspect of the plant’s story is that yogis and spiritual seekers throughout the ages have also been fond of Holy Basil for slightly more esoteric uses. Likely having something to do with its pronounced effects on the nervous system, Tulsi is a powerful bio-energetic field harmonizer, meaning that it restores and balances the subtle electromagnetic fields generated by the mind and body that are becoming increasingly recognized by forward-thinking researchers and physicians as an important factor in human health. In yogic philosophy, the plant is considered to be one of a handful of unique herbs that is able to balance the chakras, which are energy centers in the body with an unusually high concentration of intersecting nerve pathways.

Although, generally speaking, the Holy Basil plant is rather mild and pleasant, don’t be surprised if you find yourself also experiencing some mental and emotional catharsis after sipping your cup. Tulsi is a profound healing plant and works on a deep level to bring balance and harmony into your system. And that means clearing out old, stuck energy and emotions that are hindering your health and wellbeing. It’s just one of the many gifts that has made it such a prized medicine for so many thousands of years.

It’s hard to separate fact from fiction when tracing the history of the Tulsi plant, since it’s so deeply intertwined with Hindu mythology. However, there are definitive mentions of it in foundational Ayurvedic texts dating back thousands of years. Native to North-Central India, its use quickly spread across Southeast Asia and even as far as Greece and other prominent Mediterranean cultures at the time.

Today, it is readily available in health food stores worldwide. It’s also relatively easy to grow and care for, and you can often find seedlings and starts available at farmers markets and nurseries. It’s a particularly beautiful plant, with delicate, colorful flowers, that does well indoors with a bit of sunlight and water. Although there are many different varieties, only three are used medicinally:

Krishna – Ocimum tenuiflorum has a purple tinge to its leaves. The Krishna variety makes a delicious tea and is the most potent, being tested highest in concentrations of adaptogenic triterpenic compounds.

Vana – Ocimum gratissimum is the original wild bush basil that is very high in eugenol (a natural antiseptic) and a great adaptogen. Its natural habitat ranges throughout India and across North Africa and down into East Africa.

Rama – Ocimum sanctum is the short, annual, heavily flowered plant that was originally introduced to the U.S. as Holy Basil. It is the most common type found in cultivation in the U.S.

How to Choose a Quality Supplement

Holy Basil comes in a number of forms, but the most common tend to be capsules or teas. It has a mild, pleasant taste that does not need flavoring or masking, although it combines well with other natural floral flavors such as rose or chamomile, which act synergistically with the Tulsi’s stress-relieving effects. The fresh plant can be eaten directly without any preparation and is an exotic, tasty, and nutritious addition to salads or cooked dishes.

Dosages for fresh tulsi range from three to 15 leaves; for tea, one to three bags depending on desired strength or effect; 200 mg to 2,500 mg for any encapsulated product; and up to two teaspoons for the powdered, dried herb. While these are good starting points, the plant is considered quite safe and taking more than these amounts won’t do any harm, although the effects can become more intense at higher dosages. Holy Basil is also a mild diuretic (meaning it will make you pee) and those properties become more pronounced the more you take; so, keep that in mind if you decide to really go for it.

As with any herb, quality, potency, and purity are of utmost importance. Always choose organic, biodynamic or wild-harvested Holy Basil whenever possible. Since it is often grown in developing countries, it’s also important to check for markers of ethical sourcing practices, as this can be an issue with less-reputable suppliers. On the plus side, high-quality, sustainably sourced Tulsi is relatively inexpensive and, as mentioned, easy to grow yourself.

As with any new herb, it’s best to start slowly and work up to higher doses until you understand how your body reacts. 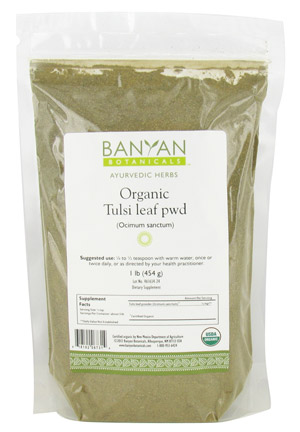 Banyan Botanicals offers an organic full-spectrum Tulsi leaf powder for a variety of uses such as formulating custom teas, herbal extracts, and cooking. 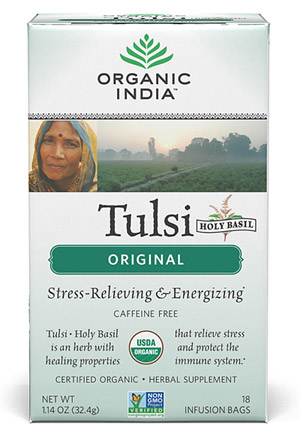 Gotu Kola: The Many Benefits of the Ancient Herb of Enlightenment and Longevity
The Evolution of Almond Butter: Decadent, Delicious, Medicinal
Mucuna Pruriens: The Mood Boosting Superherb
The Benefits of Earthing and Grounding: How Touching the Earth Can Improve Your Health
Healing From Within: The Keys to Curing Chronic Illnesses Through the Mind-Body Connection
Relax and Unwind With Hemp CBD: Nature's 'Chillout' Herb
Share:

Dealing with Dirty Genes: How to Optimize Your Diet and Lifestyle to Effectively Treat MTHFR, COMT and other Genetic Mutations and Methylation Disorders