The Mystery of the Moment:
Why Things Are Not Always
What They Seem 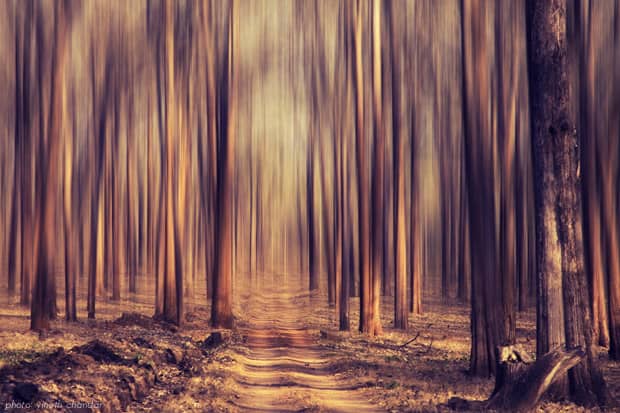 A little over three years ago we received a notice from our landlord (we had been renting a house ever since we arrived in California eight years earlier).  He notified us that the house we were living in had gone into foreclosure and we were going to have to move in a couple of months.

At the time it seemed as if nothing could have been more upsetting.  We now had to find another house that met all our needs, spend weeks packing our household possessions, move our office (that was in our home), change all the utilities, unpack at the other end, etc. … all without missing a day’s work!

And then I stopped for a moment and said to myself: It seems right now that I have just encountered a really unpleasant situation, but do I really know how it will turn out and how I will feel in a few months?  Maybe we’ll end up with a much nicer home, at which point the move will have been worthwhile.  As I had these thoughts, the upset stopped.

It turned out that we found a much bigger house, with more light, a beautiful back yard, in a great location—for less money that we had been paying.  We had a lot of friends help us pack and unpack, and we got rid of a lot of stuff we had accumulated that we didn’t really need.  The need to move, which initially had seemed like such terrible news, turned into a very positive thing for us.

A Sufi Story is a Good Metaphor

An old Sufi story that I tell regularly in courses helped me realize that a move that seemed like a disaster at the moment might turn out to be something very good:

And the story continues.  Is any given event really good or bad?  There is no way to know because what looks bad (or good) on any given day might turn out to be just the opposite several days later.  Or, as I’ve said on more than one occasion, events have no inherent meaning.

I thought of this parable the other day when reading about the government shutdown and the Republican demand that Obamacare be defunded before they will vote to open the government and raise the debt limit.  Most Democrats are very unhappy about the shutdown and most Republicans don’t think shutting down the government for a few weeks is a real problem.  But when I read that the public is blaming the Republicans for the standoff and many more people would likely vote for a Democratic representative rather than a Republican representative, possibly leading to the Democrats taking back control of the House, the current situation could be “good” for the Democrats and “bad” for the Republicans.  Which is it?

Even if you assume the worst and a significant economic downturn results from a default on our debt, if it leads to a change in the way our federal government does business, it might turn out to be worthwhile in the long run. Closing the government and defaulting on the debt has no inherent meaning and, depending on when you ask the question, the answer could change.

Is Bankruptcy a Failure?


The book, Success Built to Last, has many examples of successful people who explain that their ultimate success was the result of bankruptcies (“failures”) earlier in their lives.  What seemed like a disaster at the time turned out to be the event through which they learned what they needed to learn to be a huge success a few years later.

In such cases, was the bankruptcy really a failure?  It certainly seemed so at the time, but if it led to financial success later on, it was the best thing that could have happened.

The purpose of my telling you all these stories is to get you to stop assuming that an event that seems like a disaster at the time really is a disaster.  It is just as likely to lead to a “good” result a little later as not, at which point the disaster has become a “blessing in disguise.”

You don’t have to wait for months to realize that today’s disaster is not necessarily so.  You can never know the future for sure.  Instead of getting upset over apparent disasters, recognize that events have no inherent meaning.  No mater how bad the circumstances might look now, you never know if they might lead to something wonderful that couldn’t have happened without today’s “disaster.” 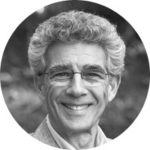 Morty Lefkoe is president and founder of The Lefkoe Institute. He is the creator of a series of psychological processes (The Lefkoe Method) that result in profound personal and organizational change, quickly and permanently. Morty has written over 100 articles and columns for many publications, including the Wall Street Journal and the New York Times.

If you haven’t already seen his TEDx talk on how to stop suffering, we urge you to view it as it will provide some very useful information on how to dissolve the meanings that cause emotional suffering. Watch it here.

If you haven’t yet eliminated at least one of your limiting self-esteem beliefs using the Lefkoe Belief Process, go to Recreate Your Life where you can eliminate several limiting beliefs free.

This article is reprinted with permission. Original article appears here.

The Body Clock Reset: How to Optimize Your Circadian Rhythm and Get Better Sleep Naturally
Uncovering Your Natural Brilliance: How to Free Yourself From Limited Thought Patterns and Move Into the Realm of Possibility
4 Life-Changing Trainings That Will Rewire Your Brain for Greater Abundance, Happiness and Peace of Mind
Rewiring Your Mind: How to Erase Your Biggest Limiting Beliefs in Minutes
Awakening the Power of the Heart: Two Sacred Yogic Meditations for Activating and Opening the Heart Chakra
The Six Levels of Higher Consciousness: How to Make the Shift
Share:

The Art of Spiritual Protection: 17 Ancient Shamanic Techniques for Clearing Negative Energy and Psychic Self Defense