The Evidence for Non-Local Consciousness:
Researchers Prove Consciousness Can Exist Outside of the Body & After Death 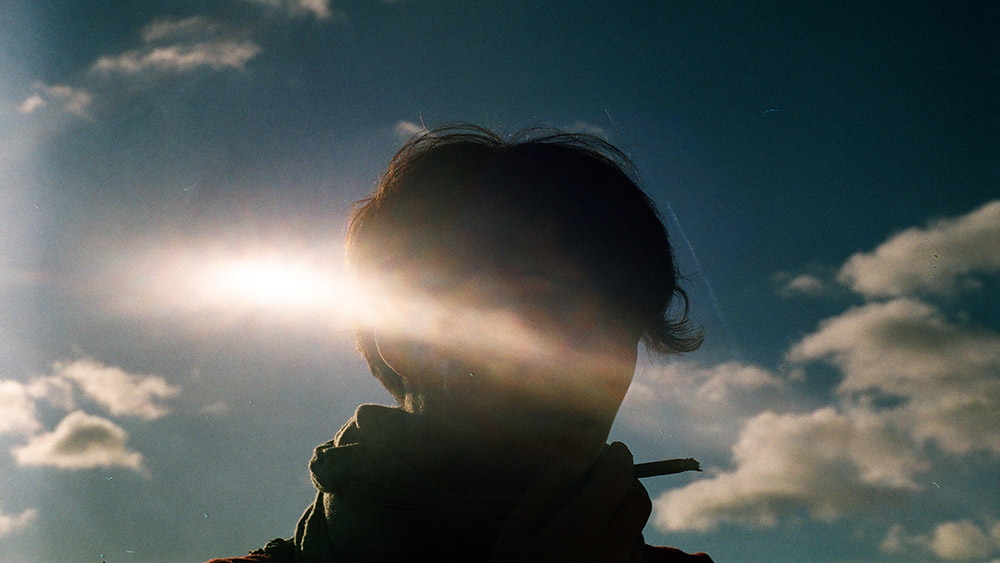 non-local consciousness researchers have conclusively shown that consciousness exists independently of the brain and after death, based on hundreds of verified case studies that demonstrate this fact beyond a shadow of a doubt.

Some observations from the study of holotropic states (non-ordinary or altered states of consciousness) are so radical that they not only challenge the theory and practice of psychiatry, psychology, and psychotherapy, but also undermine some of the most fundamental metaphysical assumptions of Western science. None of these conceptual challenges are more

drastic and far-reaching than the new insights regarding the nature of non-local consciousness and its relationship to matter. According to Western neuroscience, consciousness is an epiphenomenon of matter, a by-product of the complex neurophysiological processes in the brain and thus an intrinsic and inseparable part of the body. Modern consciousness research conducted in the last five decades has made this hypothesis highly questionable.

Very few people, including most scientists, realize that we have absolutely no proof that consciousness is actually produced in the brain and by the brain. There is no doubt that there exists vast clinical and experimental evidence showing significant interconnections and correlations between the anatomy, physiology, and biochemistry of the brain, on the one hand, and states of consciousness, on the other. However, it represents a major logical jump to infer from the available data that these correlations represent a proof that the brain is actually the source of consciousness, and, in fact, the data largely points to the fact that consciousness is non-local. Such a deduction would be tantamount to the conclusion that the TV program is generated in the TV set, because there is a close correlation between functioning or malfunctioning of its components and the quality of the sound and picture.

It should be obvious from this example that the close connection between cerebral activity and consciousness does not exclude the possibility that the brain mediates consciousness, but does not actually generate it. The research of holotropic states has amassed ample evidence for this alternative—that consciousness is non local to the body.

Lack of Evidence for Brain-Based Theories

There exist no scientific theories explaining how consciousness is generated by material processes, nor does anybody have even a remote idea how something like that could possibly happen. The gap between consciousness and matter is so formidable that it is impossible to imagine how it could be bridged. In spite of the lack of convincing evidence that consciousness is an epiphenomenon of the brain or matter, this basic metaphysical assumption remains one of the leading myths of Western materialistic science. While there exists no scientific proof for the fact that the brain generates consciousness, there are numerous observations indicating that consciousness can under certain circumstances function independently of the brain and of the world of matter. This philosophy is referred to as non-local consciousness.

In holotropic states (non-ordinary or altered states of consciousness), our consciousness can reach far beyond the boundaries of the body/ego and obtain accurate information about various aspects of the material world that we have not obtained in this lifetime through the mediation of our sensory organs, which would not be possible unless consciousness is non-local in nature. We have already mentioned reliving of birth, of prenatal memories, and of conception. In transpersonal experiences our non-local consciousness can identify with other people, with members of various species of the animal kingdom from primates to unicellular organisms, with plant life, and even with inorganic materials and processes. We can also transcend linear time and experience vivid ancestral, racial, karmic, and phylogenetic sequences, and episodes from the collective unconscious.

Transpersonal experiences can provide not only accurate new information about various aspects of the material world, including those that we are unfamiliar with, but also about various figures and realms of the archetypal domain of the collective unconscious. We can witness or even participate in mythological sequences from any culture of the world and any historical period accurately portrayed in every detail. It is absurd to attribute this rich array of experiences accurately portraying various present and past aspects of the material world and figures, realms, and themes from world mythology to some yet unknown pathology afflicting the brain, whereas we believe that it is in fact a byproduct of the abilities we have as a result of the inherent properties of non-local consciousness.

The Evidence for Non-Locality

The most convincing evidence that consciousness is not produced by the brain and can function independently of it comes from the young scientific discipline of thanatology, the study of death and dying. It is now an established fact, confirmed by many independent observations, that disembodied, non-local consciousness of people in near-death situations is able to accurately observe the environment and various near or remote locations and events.

Individuals, who are clinically dead (in a state of cardiac death and even brain death), are able to observe their bodies and the rescue procedures from above and “travel” freely to other parts of the same building or various remote places. Independent research has repeatedly confirmed the accuracy of observations made by disembodied, non local consciousness (Ring and Valarino 1998; Sabom 1982 and 1998).

Such non-local consciousness experiences are strikingly reminiscent of the descriptions of the bardo body found in the Tibetan Book of the Dead (Bardo Thödol). This famous spiritual text states that, after having fainted from fear in the Chönyid Bardo, the dying person awakens in the Sidpa Bardo in a new form—the bardo body. This body differs from the gross body of everyday life. It is not composed of matter and has many remarkable qualities, such as the power of unimpeded motion, the ability to penetrate through solid objects, and the capacity to perceive the world without the mediation of the senses. Those who exist in the form of the bardo body can travel instantaneously to any place on earth and even to the sacred cosmic mountain Mount Meru. Only two places are not accessible to this form: the maternal womb and Bodh Gaya, clear references to leaving the bardo state at the time of conception or enlightenment (Evans-Wentz 1957).

An extensive study conducted by Ken Ring and his colleagues has added a fascinating dimension to these observations: people who are congenitally blind for organic reasons and have never been able to see anything in their entire lives can perceive the environment when their non-local consciousness detaches from their bodies during various life-threatening situations. The veracity of many of these visions has been confirmed by consensual validation; Ring refers to such visions as veridical OBEs (out-of-body experiences) (Ring and Valarino 1998; Ring and Cooper 1999). Various aspects of the environment accurately perceived by disembodied non-local consciousness of blind subjects ranged from details of electrical fixtures on the ceiling of the operating room to the surroundings of the hospital observed from bird’s-eye view. Modern thanatological research has thus confirmed an important aspect of classical descriptions of OBEs, which can be found in spiritual literature and philosophical texts.

Veridical OBEs are not limited to near-death situations. We have seen them repeatedly in people undergoing psychospiritual crises (“spiritual emergencies”) and in participants in Holotropic Breathwork workshops.

Some of these individuals were able to observe the group from above and describe unusual behavior of some of its members, in spite of the fact that they themselves breathed with their eyes closed. The non-local consciousness of others left the building and observed the environment from above or traveled to some remote locations and observed the events there. On occasion, these bird’s-eye views appeared in the mandalas.

These observations demonstrate without any reasonable doubt that consciousness is not a product of the brain and thus an epiphenomenon of matter—consciousness is non-local. It is more likely at least an equal partner of matter, or possibly superordinated to it. The matrices for many of the aforementioned experiences clearly are not contained in the brain, but are stored in some kinds of immaterial fields or in the field of non-local consciousness itself. The most promising developments in hard science offering models for transpersonal experience are David Bohm’s idea of the implicate order (Bohm 1980), Rupert Sheldrake’s concept of morphogenetic fields (Sheldrake 1981 and 1988) and Ervin Laszlo’s hypothesis of the psi fi eld or Akashic field (Laszlo 1993 and 2004).

This piece on non-local consciousness and the brain is excerpted with permission from Holotropic Breathwork: A New Approach to Self-Exploration and Therapy by Stanislav Grof and Christina Grof.

Stan Grof, M.D., Ph.D. is a psychiatrist with more than fifty years experience researching the healing and transformative potential of non-ordinary states of consciousness. His groundbreaking theories influenced the integration of Western science with his brilliant mapping of the transpersonal dimension. Find him at stanislavgrof.com.

Christina Grof, PhD, was an author, teacher, artist, founder of the Spiritual Emergence Network (SEN), and co-creator of Holotropic Breathwork. She was president of Grof Transpersonal Training (GTT), co-founder and vice-president of the International Transpersonal Association (ITA), and an advisor to the board of the Spiritual Emergence Network (SEN). Find out more about her at christinagrofmemorial.com.

Decluttering Your Life: How The Stuff in Your Home is Keeping You Stuck in Life (And What to Do About It)
The Keys to Living in Infinite Possibility: How to Bend Reality and Do the Impossible
Plant Consciousness: The Fascinating Evidence Showing Plants Have Human Level Intelligence, Feelings, Pain and More
Energetic Anatomy: Everything You Need to Know About the Body's Energy Systems for Greater Health and Wellness
Tapping Into Divine Inspiration: The 6 Key Principles for Living an Inspired Life of Effortlessness and Joy
The Illusion of Reality: The Scientific Proof That Everything is Energy and Reality Isn’t Real
Share:

How to Master the Art of Meditation: A Complete Guide to the 10 Stages of Meditative Development 206894 views

How to Heal Your Digestive Problems Naturally 196115 views

The Ultimate Guide to CBD: Everything You Need to Know About the Miraculous Health Benefits of Cannabidiol 184711 views

Treating Candida Naturally: The Top 17 Most Powerful Natural Antifungal Supplements and Herbs for Ridding the Body of Yeast 183641 views

The Art of Tarot: How to Use the Tarot Deck to Create Your Ideal Future