Nature Therapy:
How Going Outside Can Rewire Your Brain For Happiness 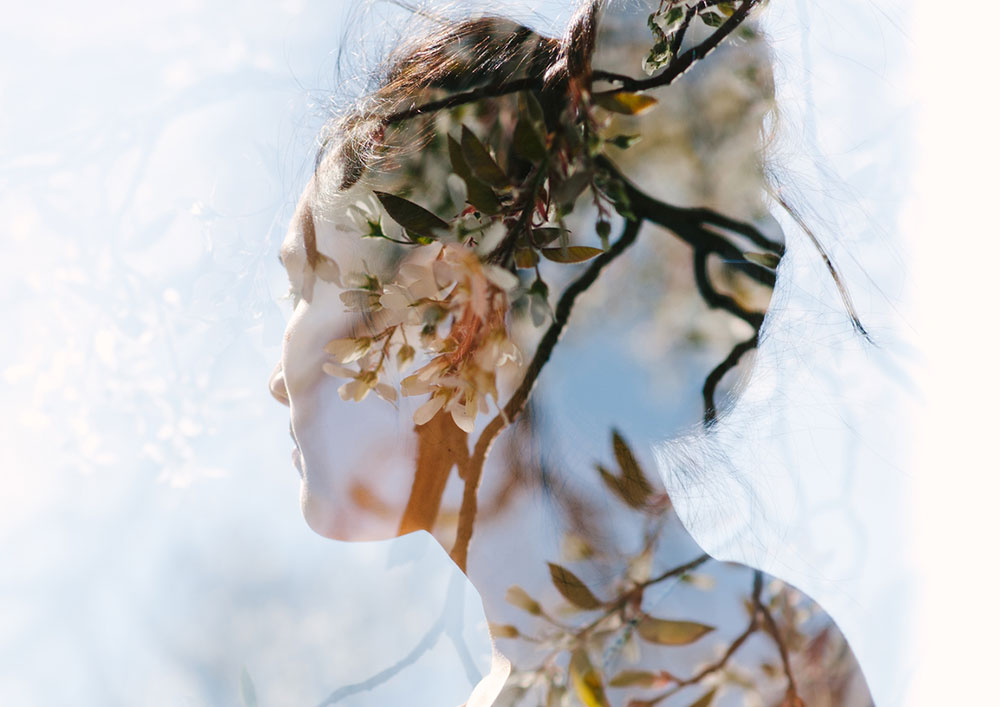 research into nature therapy is showing that being outside does much more than previously assumed for your health and wellness.

There’s no question that immersing yourself in nature is therapeutic on many levels; after all, the process has inspired some of the world’s greatest poetry, works of art, and philosophy, from zen koans to the

enlightenment thinkers and beyond. However, recent research is now giving some insight into exactly why: it turns out that the simple act of walking or being in nature actually changes the brain in some remarkable ways.

You see, most of us today live in cities and spend far less time outside in green, natural spaces than people did several generations ago; and this fact has encouraged researchers to begin studying the effects this is having on us as inherently biological and nature-dependent creatures. There is a growing body of science-backed evidence that has been accumulating over the last few decades showing a definitive link between regular exposure to nature (known as nature therapy or sometimes ecotherapy or green therapy), or lack thereof, and altered neurochemistry and psychological states. City dwellers, studies have shown, have been found to have a much higher risk for anxiety, depression, and other mental illnesses than people living outside of urban areas, in more natural and nature-rich settings, or even simply those that live near parks in the same cities. And, in fact, city dwellers who visit natural environments have lower levels of stress hormones immediately afterward than people who have not recently been outside, due to the effects of nature therapy.

But just how a visit to a park or other green space alters our moods has been unclear until recently. Does the act of immersing ourselves in nature actually change our brains in some way that affects our emotional health?

That possibility fascinated Gregory Bratman, a graduate student at the Emmett Interdisciplinary Program in Environment and Resources at Stanford University, who has been studying the psycho-emotional effects of urban living and nature therapy. In a previous study conducted by Bratman, he and his colleagues found that participants who walked, even briefly, through a distinctively lush, green, nature-rich area of the Stanford campus had a marked decrease in anxiety, negative thinking (rumination) and were simultaneously more attentive and happier, and had noticeably improved memory afterward than participants who had walked for the same amount of time near heavy traffic.

Inspired by his findings, Bratman and his colleagues then decided to undertake a further study to examine the neurological mechanisms that might underlie the effects of nature therapy and generally being outside in a natural setting.

The new study, which was recently published in Proceedings of the National Academy of Sciences, closely scrutinized what effect time spent in nature would have on a person’s tendency to brood, which in the world of cognitive science, essentially means to fall into a pattern of negative thinking and focus. Have you ever fretted over thoughts of what is wrong or ‘bad’ or out of alignment in your life or the world? That’s brooding.

It may seem like an interesting choice of states to study; however, brooding is strongly associated with increased activity in a portion of the brain known as the subgenual prefrontal cortex, giving Bratman a definitive brain region to monitor to measure actual changes in neurological functioning as a result or lack of nature therapy. Self-reporting psychological assessments are one thing; brain scans showing actual physical changes in neurological activity are another entirely, free from the subjective bias of self-reporting and hinting at actual underlying mechanisms for the shift in mood and perception.

Bratman and his colleagues gathered 38 healthy, adult city dwellers and had them complete a questionnaire to determine their normal level of brooding, as well as undergo brain scans of the subgenual prefrontal cortex to get a baseline reading to compare with the post-nature therapy-walk scans.

The scientists then randomly assigned one half of the participants to walk alone, without music, for 90 minutes through a quiet, lush, park-like portion of the Stanford campus (nature therapy group) or next to a loud, hectic, multi-lane highway in Palo Alto at their own pace (control group). Immediately following their walks, participants returned to Bratman’s lab and repeated both the questionnaire and the subgenual prefrontal cortex brain scan.

How Ecotherapy Changes the Brain

As you might expect, those in the non-nature therapy group who walked along the highway did not experience significant changes in their self-reported psychological assessments or their brain scan scores. Blood flow to their subgenual prefrontal cortex, which is a measure of the region’s activity, was still high and their brooding scores remained unchanged.

But the participants in the nature therapy group who had walked through the lush, tree-lined park areas showed meaningful improvements in their mental health, according to their scores on the questionnaire and the activity in their brain scans, indicated by significantly reduced blood flow to the subgenual prefrontal cortex. That portion of their brains was quieter and they were not dwelling on the negative aspects of their lives as much as they had been before the walk.

These results demonstrate that there is much more than a shift in self- and world- perception going on as we immerse ourselves in nature—our physiology and neurological activity is shifting as well, with changes that echo through the hormonal and neuropeptide cascade in the body and mind. Nature therapy—or simply spending intentional quality time in natural settings—it turns out, not only soothes the soul, but makes our journey through life much more peaceful and enjoyable as well—something that many of us inherently knew, but now also understand the physiological mechanics of as well.

Justin Faerman is a visionary change agent, entrepreneur and healer dedicated to evolving global consciousness, bridging science and spirituality and spreading enlightened ideas on both an individual and societal level. He is the co-founder of Conscious Lifestyle Magazine and a sought after coach and teacher, known for his pioneering work in the area of flow. He is largely focused on applied spirituality, which is translating abstract spiritual concepts and ideas into practical, actionable techniques for creating a deeply fulfilling, prosperous life. Connect with him at artofflowcoaching.com

Awakening Earth: The Keys to Creating an Enlightened, Sustainable Future That Works For Us All
The Migraine Diet: What Foods to Eat and Avoid to Prevent Headaches
Mastering the Mind Body Connection: 7 Questions to Help You Uncover and Heal the Hidden Mental and Emotional Roots of Illness
Ancient Cultures Didn't Get Cancer; Here's What We Can Learn from Them
Living Clean and Pure: The Top 12 Most Harmful Chemicals and Toxins Hiding in Your Food, Home and Personal Care Products and How to Avoid Them
The Healing Power of Yoga is Showing Surprising Effects at the Genetic Level
Share:

Sacred Nutrition: 5 Miracle Super Foods That Heal Your Body From the Inside Out