Natural Remedies for Menopause:
17 Soothing Herbs and Supplements to Help You Feel Great at the End of Your
Menstrual Cycle 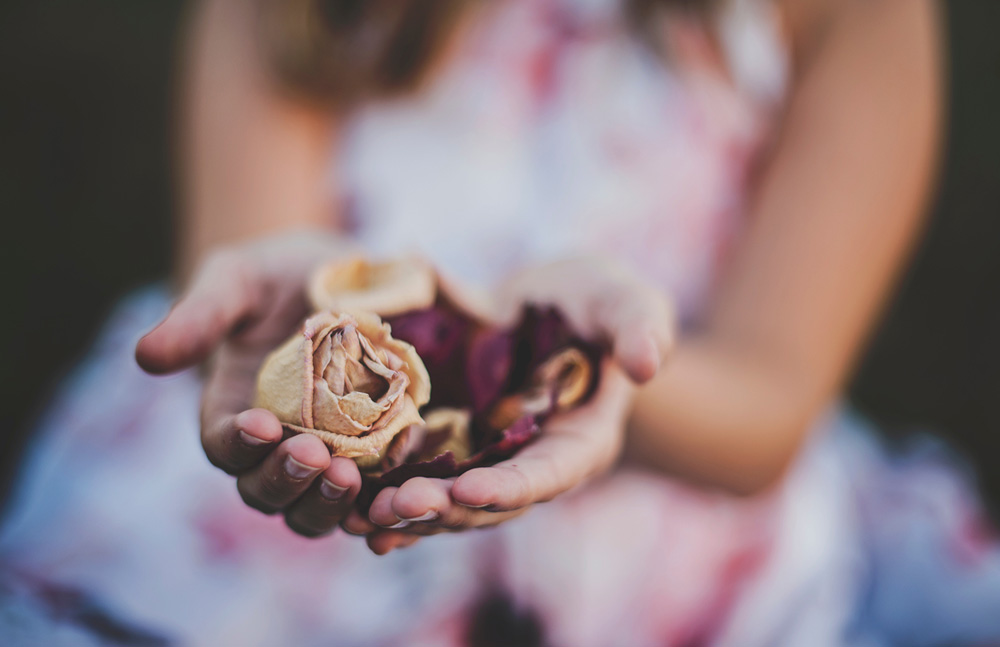 Menopause is the physiological experience of the cessation of the menstrual cycle. Specifically, perimenopause is the time leading up to menopause, with women experiencing decreased estrogen, decreased progesterone, fewer eggs produced, less endometrium, shorter and more erratic cycles, and the end of ovulation.

Just as there are many menopause symptoms, there are many natural and herbal remedies for menopause, which we’ll discuss shortly. Menopause is considered complete after twelve months have passed without ovulation. The woman’s reproductive experience begins with menarche, extends through fertility for twenty to forty years, enters the climacteric (including perimenopause), and finally the reproductive experience ends with menopause.

Because of the spike in estrogen at ovulation and then the lesser spike of progesterone after ovulation, we know that estrogen is generally produced in higher amounts than progesterone. But maintaining the balance between the two with herbal remedies for menopause is essential to avoid emotional and physical problems. Too much estrogen and too little progesterone can trigger a painful imbalance. Excess estrogen can cause bloating, fatigue, weight gain, blood clots, breast tenderness, and other PMS symptoms that can reappear during perimenopause. Hormone replacement therapy and estrogen replacement therapy generally replace only estrogen, ignoring progesterone, which can lead to greater imbalance.

Progesterone is a very vital hormone that needs to appear, even in minimal doses, until menopause is complete. Progesterone:

Progesterone also increases the efficacy of other hormones like thyroid-stimulating hormone, testosterone, and estrogen. The following herbs and natural menopause supplements can be used to increase estrogen and/or progesterone levels:

Also called dong quai, this herb does not possess phytoestrogens (that we know of) but instead contains coumarins; this may explain its emmenagogic action (stimulating the uterus) and why angelica is contraindicated with certain drugs, including warfarin. Dong quai is a traditional tier 1 tonic for menopause symptoms and can be a tier 2 specific for nervousness, insomnia, hot flashes, and mental fog.

Where to get it: Organic Angelica Root (Dong Quai) Capsules

May present estrogenic actions and is an herb for hot flashes, especially relevant in hot flashes leading to insomnia.

Where to get it: Organic Hops Tincture

Where to get it: Organic Sage Tea

Has estrogenic effects on endometrial and breast cancer cells in vitro. Contains isoflavones similar to soy.

Where to get it: Organic Red Clover Capsules

This North American native wildflower has long been used, and is widely currently used, for menopausal symptoms, including hot flashes, menstrual disorders including amenorrhea, and PMS. It is not clear whether black cohosh has an actual estrogen effect in the body or whether it mimics estrogen or works in an altogether different manner as a natural remedy for menopause.

Where to get it: Organic Black Cohosh Capsules

The high-protein soybean is a source of phytoestrogens in the form of a isoflavones and are believed to be partly responsible for milder menopause symptoms in people whose diets include soy, which is why it’s being studied as a natural remedy for menopause treatment.

Is high in lignans (phytoestrogens). Easy to include in the diet, flax reduces total and LDL cholesterol.

An excellent adrenal support herb, licorice is soothing and anti-inflammatory and makes a good tier 3 corollary herb for menopause, but because it can cause water retention and high blood pressure, it should not be used long-term as a natural menopause supplement nor by those with hypertension.

Where to get it: Organic Licorice Root Capsules

The following herbs have traditionally been used to support progesterone-like effects in the body although neither directly increases progesterone. Further study and work with a phytotheraphy professional is needed.

Contains the sterol saponin, which resembles progesterone but cannot be converted naturally by the body into progesterone. Unclear whether internal natural wild yam herbal remedies taken for menopause can increase progesterone in the body; its action may lie in its influence on other endocrine organs or systems.

Where to get it: Organic Wild Yam Tincture

Is widely labeled a hormone regulator, likely because it “balances” the pituitary and particularly the HPA axis. This natural menopause supplement, can be taken long-term for anxiety associated with PMS or menopause, but is contraindicated in pregnancy. Soy also contains the saponins that resemble progesterone, though soy is most commonly used to increase estrogen.

Where to get it: Organic Vitex (Chaste Tree) Phytocapsules

A Formula of Herbs for Hot Flashes

A Formula for Emotional Swings

When the endocrine system registers an emergency or a stressful situation, it responds with the self-protective symptoms including increased heartbeat, pupil dilation, redirection of blood and energy from the periphery to the heart, rapid breathing, and muscle contractions; afterward, the person experiences fatigue and confusion. Some of these same menopause symptoms are observed in the normal menopausal woman, and we can recognize some of the stress of hormone changes affecting the adrenal glands with “life-threatening” urgency.

The hormone-secreting adrenals are already under excessive stress since the ovaries have ceased producing their fair share of estrogen and progesterone. Add to this the normal stress associated with being a mother, grandmother, executive, politician and/or professional, and you have a woman whose endocrine system is reacting to stress.

Because of this, it’s important to include herbs for stress in any natural remedy for menopause.

Typical perimenopause symptoms such as hot flashes, rapid heart beat, vaginal dryness, sweating, rapid breathing, muscle aches, confusion or mental fog, and fatigue can often be explained by adrenal stress. It makes sense to approach issues of perimenopause as if you were addressing adrenal insufficiency—with adrenal supportive and adaptogenic natural remedies for menopause and stress that nourish and tone the endocrine system. I’ve had excellent results working with menopausal women by supporting their adrenal health using lemon balm and licorice, among other herbs for menopause; they report their feelings of anxiety, scattered thinking, and physical symptoms have diminished.

In addition to licorice, vervain, and black cohosh, consider:

Also called Siberian ginseng, this herb is generally used for stamina and endurance and to support the immune system. It is an effective choice for menopausal women undergoing an extreme transition and feel exhausted or depleted, or who are at risk for contracting viral or bacterial infections. Can be used as tier 1 tonic or tier 2 specific.

Where to get it: Organic Eleutherococcus Capsules

Is a natural remedy for menopause and stress that is effective for focus, feelings of confidence and satisfaction; specific against restlessness and panic. Antiviral. Can be taken long-term.

Where to get it: Organic Lemon Balm Capsules

In addition to chamomile, passionflower, skullcap and lemon balm, consider:

An excellent long-term tier 1 tonic for the menopausal woman, especially in cases of frazzled nerves, exhaustion, or weepy emotions. Also applicable in cases of anger and excessive heat, so it’s a good herb for hot flashes. Combines well with lavender and nettle.

Where to get it: Organic Oatstraw Tea

A tier 1 tonic or tier 2 specific for the menopausal woman who feels panic or fear, or whose restlessness causes heart tremors or other cardiac stress. Also, as a bitter, for the woman whose digestion has shifted or changed as a result of hormone imbalance.

Where to get it: Organic Motherwort Tincture

In addition to chamomile (a mild bitter), consider valerian and hops for the menopausal woman experiencing insomnia especially due to night hot flashes or anger. Consider rose, ashwagandha, lavender, and oats for the woman who cannot sleep due to incessant thinking and “brain overdrive.”

Support the liver’s work at excreting metabolic waste properly. As the body’s production of hormones declines, spent and extra hormones must be removed from the bloodstream effectively. While yarrow is a hepatic herb, it tends to be warming, which most menopausal women don’t need. Instead, consider cooling or neutral hepatics such as motherwort, burdock root, dandelion root, and milk thistle for menopause treatment.

A Formula for Perimenopause with Insomnia

A Formula for Perimenopause with Headaches and Dryness

A Formula for Perimenopause with Anxiety

A Formula for Post-Menopause with Heart Palpitations

This article is excerpted with permission from An Herbalist’s Guide to Formulary: The Art and Science of Creating Effective Herbal Remedies by Holly Bellebuono.

Holly Bellebuono, an American medical herbalist of twenty-two years, is renowned for her work documenting women healers and teaching herbal formulary and pharmacology. Holly’s seven-year project of interviews and research culminated in the documentary book Women Healers of the World: The Traditions, History & Geography of Herbal Medicine and was awarded Book of the Year by The International Herb Association and the Gold Award for Women’s Books by the National Nautilus Book Award. Holly directs The Bellebuono School of Herbal Medicine on Martha’s Vineyard, training and certifying community herbalists in herbal medicine, and she is the founder of Vineyard Herbs Teas & Apothecary. As a two-time Small Business Owner of the Year Award recipient, Holly leads empowerment seminars for entrepreneurs, and she facilitates seminars, retreats, and lectures for women’s and business conferences and universities about herbal medicine, symbolism, and the philosophy of healing. Holly lives on Martha’s Vineyard with her family; you can learn more about her work or enroll in her school at HollyBellebuono.com

How to Infuse Your Body With Life: Deep Breathing Techniques to Expand Your Awareness and Health
Superfood Recipe: Euphoria Inducing Raw Raspberry Chocolate Cream Bars
Foods for Anxiety: What Your Body Needs to Stay Calm, Centered and Happy
Living Clean and Pure: The Top 12 Most Harmful Chemicals and Toxins Hiding in Your Food, Home and Personal Care Products and How to Avoid Them
The Miracle Mushroom: The 10 Most Impressive Health Benefits of Lion’s Mane For Brain and Body
Cellular Memory Healing: How to Clear Limiting Beliefs and Emotional Wounds at the Cellular Level
Share: