The Path to Enlightenment: An Introduction to Karma and Bhakti Yoga 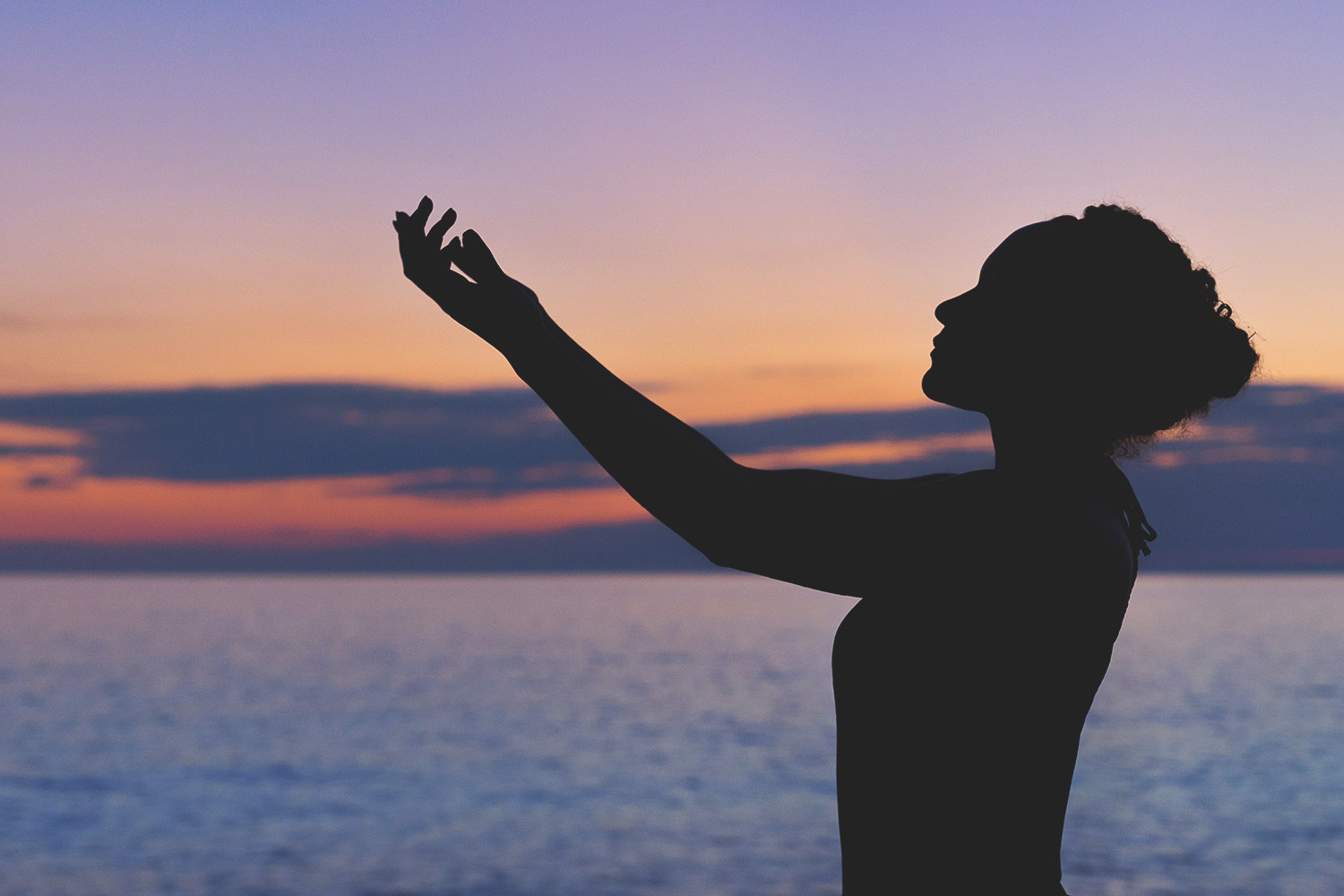 An Introduction to Karma Yoga and Bhakti Yoga

Most people don’t realize that there are many branches of Yoga. In the West the term Yoga is a catch-all that seems to be all-encompassing, but really there are many different types: Kriya yoga, Agni yoga, Raja yoga, Hatha yoga, Bikram yoga, Ayinga yoga, Sahaja yoga and many more. It seems as though every day there is a new branch of Yoga forming. However, in essence, there are four basic yoga paths and everything else stems from one or more of these four branches.

They are known as Gyana yoga, Ashtanga yoga, Karma yoga and Bhakti yoga. However, in this article we are going to focus in on Karma Yoga and Bhakti Yoga paths to understand their essence and meaning. All the different yogic systems are designed to bring us back to the spiritual realm. In other words, yoga connects us to the perfection of all that is.

‘Karma’ means ‘action’. So in Karma yoga one becomes united with the Supreme Being through activity. The distinction that makes it a branch of yoga is that their activity is dedicated to the Supreme Creator (God/Universe, etc.). Most people work to earn money or to meet some kind of material or existential need without a higher purpose. Money and work bring security and this is the ultimate aim of the individual.

Bhakti yoga translates to ‘devotional yoga’. The word ‘bhakti’ literally means ‘devotion’. Many consider this to be the highest level of yoga. In the Vedas, it is described as the most exalted form or branch of yoga. Accordingly this is the only branch of yoga where actual love and devotion are part of the yogic practice. This, of course, brings us into the most intimate relationship with Bhagavan or the Supreme Being.

The Bhakti yoga process is a gradual series of steps that enlightens our intent so that we can leave behind all material things and fully embrace and embody the things and truths that are truly nourishing to the spirit and soul.

The practice of Bhakti yoga is a process of spiritual purification that changes you at the core of your being. Along the way your health improves, your mind quiets, your mental condition is peaceful. Your heart gets cleansed, the hardness and pain goes away. You become very compassionate, very tolerant. You see other people in compassionate ways.

The Relationship Between Karma and Bhakti Yoga

There are essentially two levels of Karma yoga. The first is the furtive worker—the person who is trying to get a good results from his actions—and it is the lower form of Karma yoga. In it the person does all kinds of pious activity: work, charity work, always trying to do good things to help other people because he knows, “I’ll get rewards for this. I’ll go to higher heavenly planes. I’ll enjoy the results of my pious activities.” He is still at the level of consciousness where he is trying to get something for the ego, even if it is from doing good things in the world. However, this is still a step up beyond where most people operate and in that sense, there is great karmic reward.

But the real karma yogi (the second level), the one who really understands the essence of the what it means, understands that karma means action in service—and so he dedicates his action to the Supreme Lord. The true destination of the Karma yogi is the supreme abode of the Supreme Lord known as the Vaikuntha plane. Vaikuntha is the spiritual world in which there are entirely spiritual planets, according to Hindu philosophy. The material world is a replication of the spiritual world, but here on Earth it’s all gross material energy. It’s temporary, it doesn’t satisfy, but on the Vaikuntha plane, everything is eternally spiritual—they are transcendental planets.

Karma yoga is ultimately designed to take one to this dimension. However, beyond Karma yoga is Bhakti yoga. As mentioned, Bhakti is devotion. Without devotion even the upper reaches of Karma yoga are not complete. The journey is not complete, the perfection is not complete. Because devotion is what makes it all perfect. What does devotion also translate into? Love. Because if you love somebody, you are devoted to that person. There is no such thing as, “I love you, but I am not devoted to you.” That’s lust. Lust is the opposite of love, but that’s another subject.

Bhakti yoga is how the individual soul becomes united with the Supreme Soul through loving devotion.  This is when everything is complete—the heart is fully satisfied. But the unique thing is now there’s no longer any desire for, “I want to enjoy this. I want to enjoy that. I want to merge. I want to have mystic powers. I want to go to heavenly planets.” All that’s gone. Because now that has been transcended. Love goes beyond that. Love takes one to the realm where you’re not trying to get anything for yourself, but you want to please the one that you love. That’s your happiness. That’s your reward. That’s your fulfilment. It’s completely non-self-serving. This is the perfection of the soul. This is the eternal position of the soul. The soul’s eternal position is to render loving service to the Supreme Lord.

That’s what we don’t have. We’re always trying to find it when we are living from the ego here on the Earth plane. Our mantra is: “I want to be served.” This is the opposite of what it should be, you see. This world is a perverted reflection. So, our idea is, “I’ll be happy if everybody’s serving me.” You see? “I want to be the master, I want to be the controller. I want to be God!” You see? But really we’re not God. I can’t be somebody I’m not. I am who I am, and who I really am is the eternal loving servant of God. Everybody’s a devotee of God but not everybody realizes it.

We’ve forgotten it. We’ve forgotten our true identity so we’re trying to be God. Trying to enjoy God’s property, the material world. And it’s not working. We’re destroying everything—most everything is in shambles because we’re trying to play somebody we’re not. As a result, we destroy the environment, our bodies, and our minds. Without devotion to the Supreme Lord we don’t know what to do with our life. But the paths of Karma and Bhakti Yoga are our liberation. They lead us to be truly free. Truly happy. Truly content. 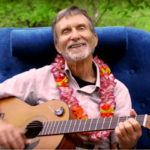 Bala Das is the disciple of Srila Bhaktivedanta Swami Prabhupad and Jagad Guru Siddhaswarupananda. Bala Das travels the world speaking on yoga wisdom, teaching kirtan & meditation, at retreats, seminars and public lectures. Bala Das is an expert at presenting profound spiritual topics and practices in ways that are easily accessible and achievable by every individual.

“I came to this philosophy of truth in a very indirect way. I became interested in hatha yoga as a means to improve my surfing which at that time was my whole life. The benefit was immediately apparent, and I began to look deeper into the subject. Through reading I began to practice some simple meditations, adopted a yoga diet (vegetarian), and spent more time in deeper contemplation of the truths of life. I had always been a traveler, and now I embarked on an inner journey. All the while my world, both external and internal, became more peaceful and calm.”

Working With Prana Energy: Ancient Yogic Breathing Techniques for Strengthening the Energy Body
Plant Consciousness: The Fascinating Evidence Showing Plants Have Human Level Intelligence, Feelings, Pain and More
The Genetics of Higher Consciousness: Is Cognitive Engineering The Future of Human Evolution?
Balanced Body, Balanced Life: Yoga Poses for Creating Harmony and Flow in Your Everyday Life
The Art of Feng Shui: The 5 Keys to Balancing the Energy in Your Home For Increased Abundance, Health and Joy
Becoming Superhuman: A Complete Guide to Developing Real Superpowers and Extraordinary Abilities
Share:

How to Master the Art of Meditation: A Complete Guide to the 10 Stages of Meditative Development 206903 views

The Art of Shifting Your Reality: 4 Deep Practices for Clearing Emotional Blockages and Harnessing the Power of Your Subconscious Mind 200331 views

The Ultimate Guide to CBD: Everything You Need to Know About the Miraculous Health Benefits of Cannabidiol 184726 views

The Awakened Mind: How to Optimize Your Brain Waves for Higher States of Consciousness