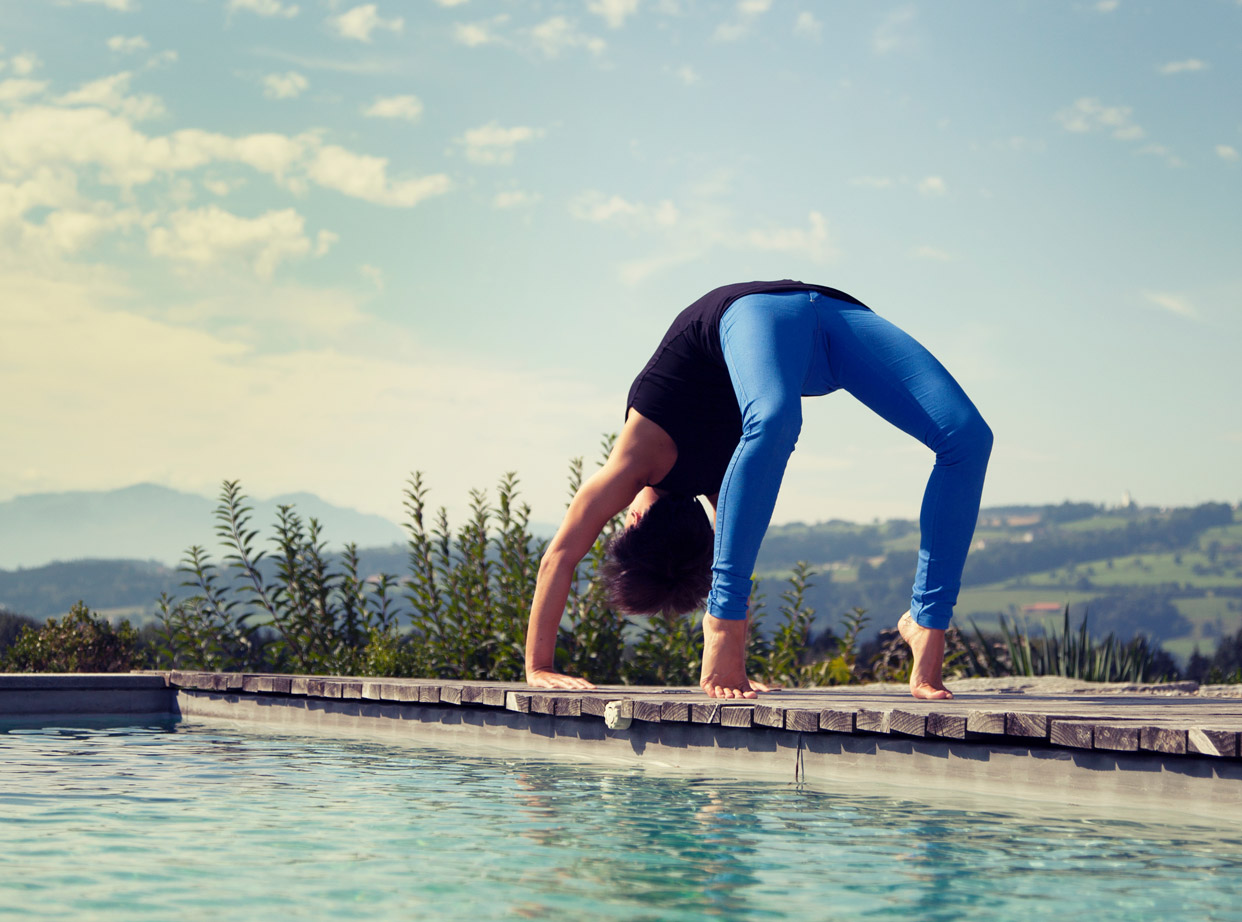 new research is showing that the healing power of yoga is immense. photo: emoji photocase.com

Yoga is deep. It’s easy to forget that in a room full of designer-spandex-clad yuppies—themselves a mere microcosm of a larger culture that has commercialized, digested, regurgitated, and commoditized nearly every aspect of this ancient spiritual

practice—that when you trace it back to its roots, yoga is a downright mystical pursuit, with distinctly esoteric origins in secretive Hindu lineages. To the ancient rishis, seers, and sages who birthed it to the world, yoga was (and still is) a sacred science that massively accelerated the healing, purification, and preparation of the mind, body, and spirit for advanced stages of consciousness and awareness.

How Yoga Heals Your Body

So, it should come as no surprise, that a recent Norwegian study published in the prestigious medical journal PLOS One has demonstrated that as little as two hours of a healing yoga practice combining postures (asanas), breathwork, and brief meditation induces measurable changes in the body all the way down to the genetic level. In a beautiful marriage of science and spirituality, the researchers found that peripheral blood mononuclear cells, or PBMCs, were significantly upregulated (i.e., positively impacted) by the combined healing yoga-breathwork-meditation practice, a typical combination in most yoga classes in the West.

“There are rapid and significant gene expression changes during a comprehensive healing yoga program.”

PBMCs are a type of blood cell that are intimately involved in the regulation and balance of the immune system and a host of other important body processes, affecting a number of organs and the digestive tract. And, because of the complex, cascading interrelationship between different cells and processes in the body, the Norwegian researchers speculate that there are in fact much further-reaching effects than they were able to measure based on existing scientific knowledge of these interactions.

“There are rapid (within two hours of start of practice) and significant gene expression changes…during a comprehensive healing yoga program,” the research team writes in the study.” The researchers note that, “these data suggest that previously reported effects of yoga practices have an integral physiological component at the molecular level, which is initiated immediately during practice and may form the basis for the long-term stable effects.”

These findings are in line with the widely reported subjective experiences of a well-rounded yoga class that includes breathwork and meditation, which typically range from feeling “awesome” to “blissed out.” But, in all seriousness, the Norwegian researchers have broken significant ground in demonstrating an objective biological link to the general feeling of wellbeing most people report after their practice; and, what’s more, that healing yoga directly stimulates measurable changes in the immune system in a positive way.

Maybe those yuppies are onto something after all…

Justin Faerman is the Co-founder of Conscious Lifestyle Magazine and has experienced the healing power of Yoga firsthand—it’s one of the best parts.

Anulom Vilom Pranayam: Ancient Yogic Breathing Techniques to Purify the Energy Body and Activate Higher Consciousness
31 Powerful Herbs and Supplements for Treating and Preventing Cancer Naturally
The Healing Foods Diet: How to Restore Your Health, Energy and Mood With Ancient Dietary Wisdom
Nature Therapy: How Going Outside Can Rewire Your Brain For Happiness
Treating Diabetes Naturally: 9 Herbs and Supplements for Balancing Blood Sugar and Reclaiming Your Health
Energy Balancing 101: How to Eat and Live For Your Unique Mind Body Spirit Type
Share:

The Six Levels of Higher Consciousness: How to Make the Shift 235977 views

The Ultimate Guide to CBD: Everything You Need to Know About the Miraculous Health Benefits of Cannabidiol 184597 views