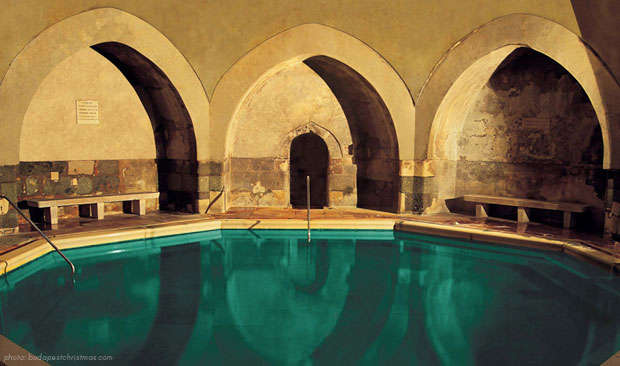 Inside the Király baths. photo: budapestchristmas.com

When most people think of Eastern Europe, images of dense, fairy tale-esque forests, crumbling soviet era infrastructure, and cold, snowy winters are the first things to come to mind.  But what most do not realize is that in the heart of Hungary’s bustling metropolitan capital, Budapest, there exists a vast network of medicinal healing springs that are much in the way of a local secret.

Hidden in plain sight throughout the city, one only needs to know where to look to find one.  Right in the heart of the city there exists no less than three major spa complexes, the biggest of which, Széchenyi is the largest in all of Europe.

It’s hard to describe the grandeur of the buildings that contain many of these ancient medicinal springs—to put it lightly, these are some of the world’s finest architectural works.  Many of the buildings sit atop springs that have been used since Roman times, when most of the spas were first discovered.  In every sense, visiting the bathhouses and soaking in the rich, medicinal waters is a trip back in time—from the immaculately preserved decor of the historic buildings to the simple pleasure of lounging around in the healing waters without a care in the world, the experience is far removed from the hectic routines of modern life. 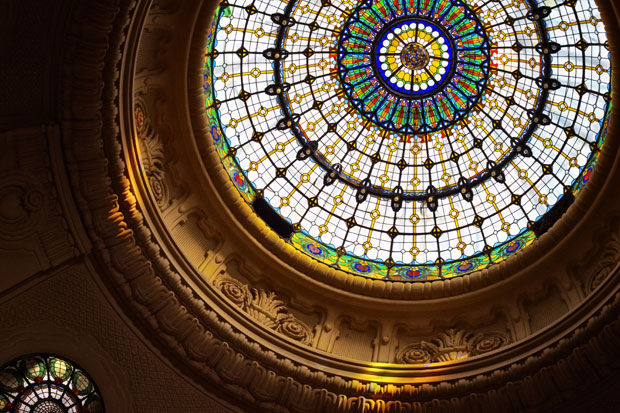 
In total, Budapest is home to over 100 natural hot springs sporadically located throughout the city. The majority of these classical bathing complexes consist of various pools, ranging in mineral content and temperature, which are filled by ancient underground thermal springs. Most include saunas and steam rooms, special cold pools for hot/cold alternating therapy and offer a variety of expected spa services, such as massages and beauty treatments, among other things.

The three most popular bathhouses in the city are Gellért, which among its many wonders now includes a medicinal salt cave, Lukács, which is mostly frequented by tourist-jaded locals, and Széchenyi, which is the largest and truly an unforgettable experience. The Császár, Rudas and Király baths are also not be missed and are among the oldest in the city. 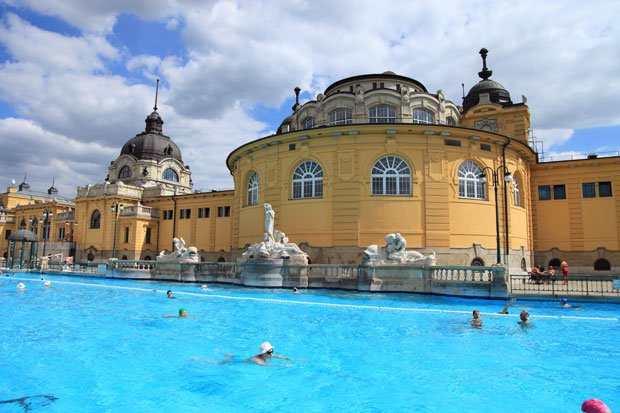 Crystal blue spring waters in one of the outdoor pools at the Széchenyi Baths. photo: christine zenino

Healing and Medicinal Properties of the Baths

The thermal springs originate miles below the city from deep within the earth’s mantle, feeding the bathhouses with a seemingly endless supply of highly mineralized water. Elements such as magnesium, calcium, and sulfate, which serve as a remedy for whatever ails you (but specifically poor circulation, arthritis, skin conditions and any illness resulting from a specific mineral deficiency), are effortlessly absorbed through bathers skin directly into the bloodstream feeding the body’s trillions of cells. 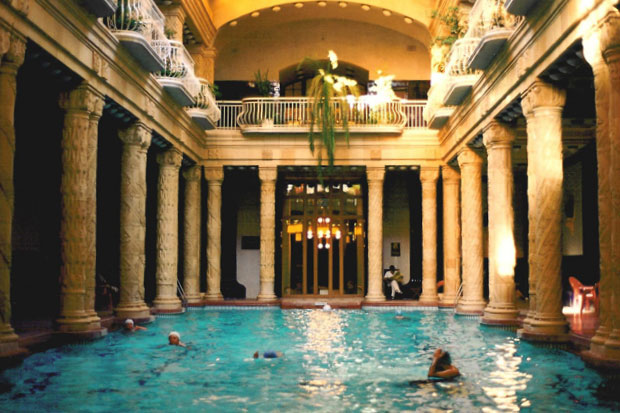 Just one dip in any of the pools, most of which are conveniently labelled with a breakdown of the unique mineral composition, infuses the body with life giving nutrients and renewed vigor.  A trip to the spas will leave you refreshed and simultaneously energized and calm.  It is a unique feeling of rejuvenation that everyone should have the pleasure of experiencing at least once in their lives.  You feel cleansed, alive and nourished—left with the distinct impression that the body has just been given a fresh infusion of life.

However, the many health benefits of the spas cannot solely be attributed to the spring waters.  Within the majestic walls of the city’s bathhouses you are disconnected from both technology and your daily routine—free to just float effortlessly and experience the beauty of the moment. The slightly warm to soothing temperature melts away tension and stress.  Your joints and sore muscles soften and breathe—an especially rejuvenating experience after a long flight and several days of exploring a new city. 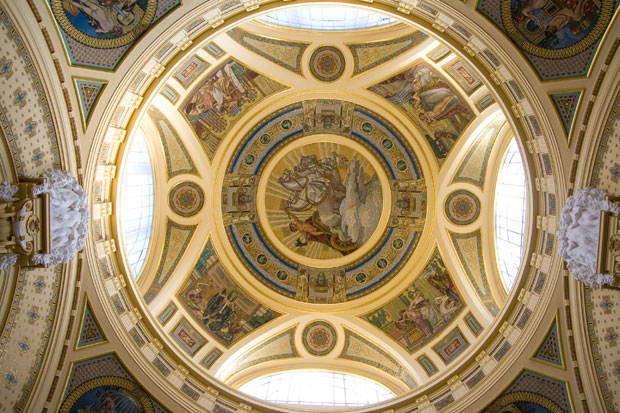 Breathtaking fresco adorns the cielings of the interior portion of the Széchenyi Baths. photo: danny fowler

A trip to the baths is an experience for the senses and is not to be missed if you are in the area.  With all the cheap flights around Europe these days, a weekend excursion to the hidden spas of Budapest is literally just a few clicks away…

Justin Faerman & Meghan McDonald are the co-founders of Conscious Lifestyle Magazine and have spent extensive time in Budapest.  They visited the spas almost daily while living there.

Journey to the Mystical Heart of the Silk Road: Conscious Travel Guide Samarkand, Uzbekistan
Conscious Croatia: Exploring The Coastal, Island Paradise of Southern Europe
The 10 Most Spectacular Things to Do in Banff: A Nature Lovers Guide to Canada's Most Beautiful National Park
My Journey to Rythmia Life Advancement Center: The Land of Miracles
Conscious Travel Guide Marrakech: Things To Do in the Surreal Capital of Southern Morocco
Ao Phang Nga National Park: The Hidden Jewel of South Thailand
Share: