A Complete Guide to the Dantian Elixir Fields: Daoist Breathing Meditation Practices to Rejuvenate the Body and Mind with Qi Energy 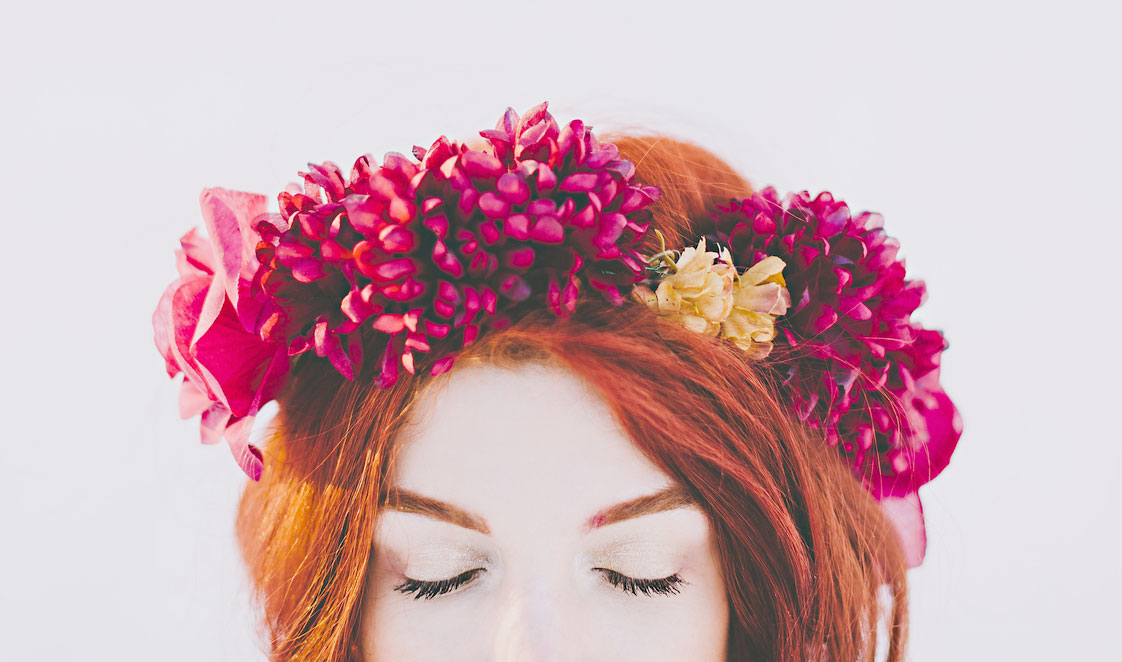 the elixir meditation is a simple but powerful way to begin cultivating dantian life energy.

During the early history of Daoism, the concept of dan energy is not clearly disseminated, but after several generations, Daoist theorists began to put together the idea that dan energy could pervade certain parts of the body and serve the function of feeding the organs and limbs with life energy.

Although early Daoism viewed dan as being a transferable energy that could be focused anywhere in the body, it eventually became known as primarily existing in three main parts of the body. These three parts are called xia (lower dantian), zhong (middle dantian), and shang (upper dantian).

“Daoists believe that the universe is a great conduit of energy.”

Most importantly, the lower abdomen, i.e. the lower dantian is considered to be the seat of dan energy in the body. This area is not a specific one, but rather a general area that contains this elixir energy. Daoists believe it can be stirred and improved by focusing the attention on the lower abdomen and breathing calmly and slowly while gradually relaxing and feeling the gradual movement of the in and out breaths as they come and go.

the three primary dantian centers in the body.

The function of this part of the body and the lower dantian is related to the concept that the kidneys and genitals are directly above and below the abdomen area. These two points are considered to be extremely important to the health of people over the course of their lives.

The genitals are associated with reproduction and creative power, while the kidneys are held to be representative of the ability of the body to clean itself. As such, the lower dantian between these two places becomes a centre where there is a great deal of vital activity taking place which can decide the health of an individual.

When considering modern science, it is quite accurate to say that the area around the lower abdomen is indeed extremely important to the overall function of the body and mind. Not only does the area contain the majority of reproductive and digestive organs, it also contains the majority of the sympathetic and parasympathetic nervous systems, hence the importance of the lower dantian area in Daoist practices. 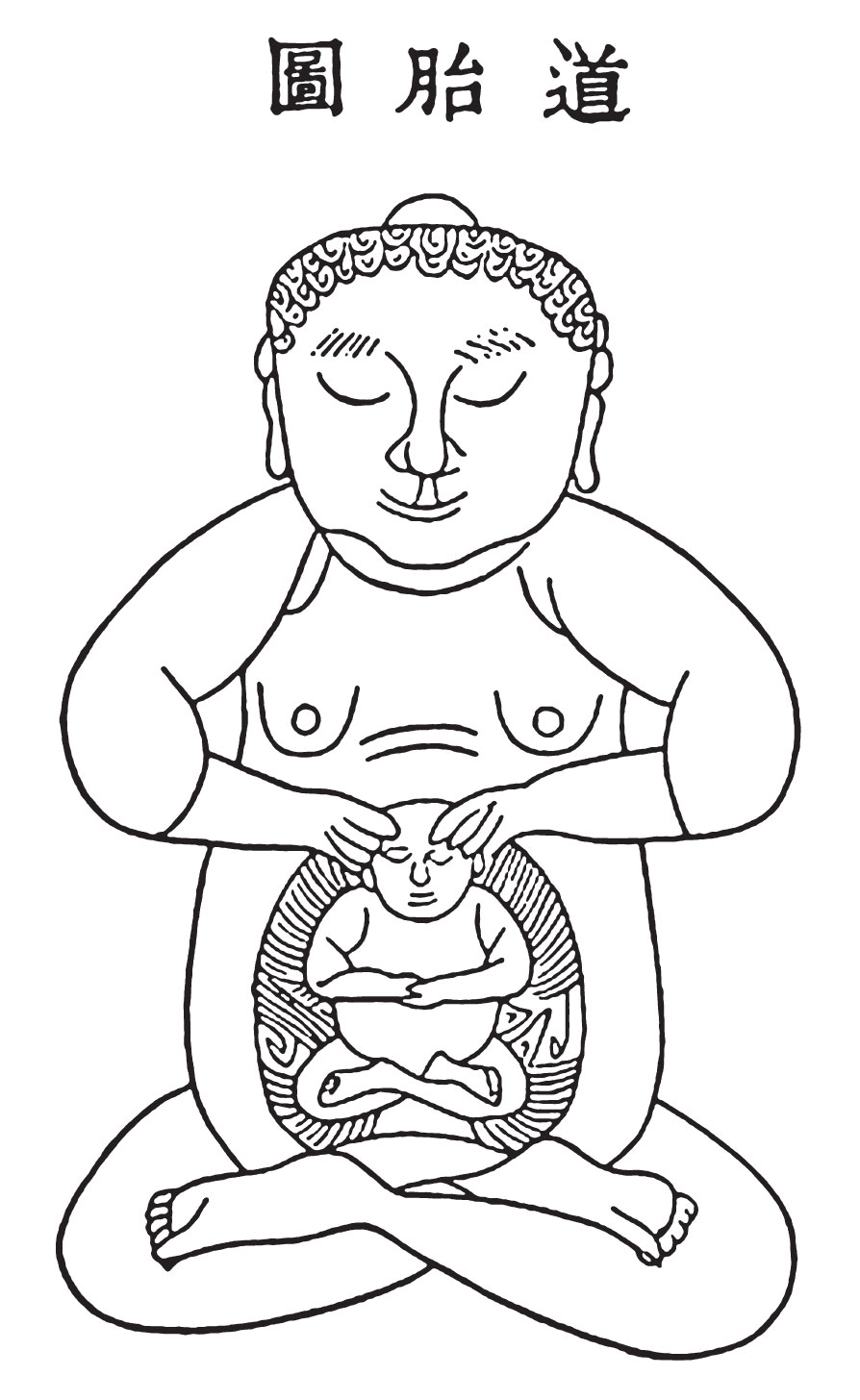 cultivating the embryo: Daoists often refer to cultivation of the Dantian as a method of creating a divine embryo in the body. Some people believe that when this embryo is mature, it can leave the body and travel the universe. This picture is taken from Wang Changyong’s book “secret of the golden flower,” a book on the cultivation techniques of the Northern school of the Complete Reality school of Daoism.

These two parts of the autonomous nervous system take care of functions such as “fight or flight,” rest, sexuality, healing, and many other important things. They are also considered as not being consciously controllable by people, unlike the central nervous system, which to some extent can be felt and manipulated.

Daoists seem to have discovered that by simply focusing the mind and breathe on the area around the lower dantian, they can indirectly assist the function of the autonomous nervous system and improve their health and longevity.

I get into ways to practice with each of the dantians in my book Internal Elixir Cultivation: The Nature of Daoist Meditation, but for the time being, why not sit back in a comfortable chair, feel yourself breathing in and out, and slowly place your mind into your lower abdomen, while maintaining a light focus on the breath.

The great master Hu Haiya told my teacher that the best way to learn dantian meditation was to sit back in a comfortable chair and simply feel the breaths coming and going from the body.

Step 1 Take a moment to sit down, lean back, close your eyes, and let the breath gradually come and go as it will.

Step 2 As you begin to relax, slowly place the feeling aspect of your mind into your lower Dantian and leave it there.

Step 3 If it moves, simply put it back, and don’t force it to do anything else.

Step 4 Stay like this for a few minutes and simply notice how it feels to breathe and keep the mind in the abdomen.

Step 5 When you are ready, gradually open your eyes and massage your face with the palms of your hands a few times.

Step 6 Observe how you feel, and repeat this practice often in order to begin building a solid foundation of relaxation and awareness from which to work

Advanced Practice With your intention, feeling, and focus, move the dan energy you’ve collected to different areas of the body as needed for energization and healing.

The following piece on Daoist dantian breathing meditation is excerpted with permission from Internal Elixir Cultivation: The Nature of Daoist Meditation by Robert James Coons, which is published by Tambuli Media. TambuliMedia.com

Robert Coons began his study of Daoism and Chinese culture at the age of eight. His father, long fascinated by Eastern spiritual traditions, gave Robert translations of Daoist books for children, and Robert Senior and Junior began studying Mandarin Chinese together at a local school. Robert currently resides both in Canada, where he runs a tea business and meditation club, and Henan, China, where he operates an English school and studies Chinese arts and culture. Robert also frequently gives classes on Daoism and martial arts in his home town of Guelph, Ontario, in Toronto, and elsewhere.

The Three Treasures: Ancient Daoist Keys to Radiant, Lifelong Health and Wellness
The Top 31 Most Powerful Chakra Stones and Crystals and How to Use Them for Deep Energetic Healing and Rejuvenation
The Spiritual Effects of Marijuana: Using Cannabis to Expand Consciousness and Enhance Meditation
The Evidence for Reincarnation: Scientifically Documented True Stories That Prove Past Lives Are Real
No Expectations, No Disappointments: How to Live From a Place of Infinite Possibility
Shamanic Dreaming: How to Expand Into Higher Consciousness While You Sleep
Share:

The Six Levels of Higher Consciousness: How to Make the Shift 235488 views

How to Master the Art of Meditation: A Complete Guide to the 10 Stages of Meditative Development 206150 views

The Art of Shifting Your Reality: 4 Deep Practices for Clearing Emotional Blockages and Harnessing the Power of Your Subconscious Mind 199455 views

How to Heal Your Digestive Problems Naturally 195674 views

The Ultimate Guide to CBD: Everything You Need to Know About the Miraculous Health Benefits of Cannabidiol 184261 views

Treating Candida Naturally: The Top 17 Most Powerful Natural Antifungal Supplements and Herbs for Ridding the Body of Yeast 182987 views

Spiritual Nutrition: How the Foods You Eat Affect Your Mind, Body and Spirit 182885 views

The Mystery of the Moment: Why Things Are Not Always What They Seem