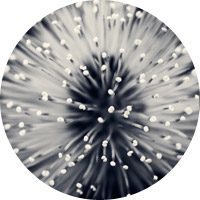 Susan Murphy is a Zen practitioner, writer, freelance radio producer and film director. She lectured in film for many years at the University of Technology, Sydney, held a five-year Queen Elizabeth II Research Fellowship at University of Western Sydney, has co-written three books on film and numerous scholarly articles, and directs the annual Reel to Real Buddhist-inspired Film Festival in Sydney, established in 2003.

How to Heal Your Digestive Problems Naturally 195683 views