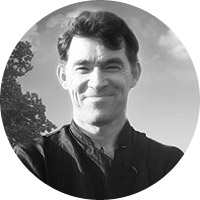 Steve Taylor, Ph.D. is the author of several best-selling books on psychology and spirituality and a senior lecturer in psychology at Leeds Metropolitan University. For the last two years he has been included (this year at No. 38) in Mind, Body, Spirit magazine’s list of the 100 most spiritually influential living people. His books include Waking From Sleep, The Fall, and his latest book, Back to Sanity. Eckhart Tolle has described his work as “an important contribution to the shift in consciousness which is happening on our planet at present.” Steve’s articles and essays have been published in over 40 academic journals, magazines and newspapers. He is also a poet; his first book of poems and spiritual reflections, The Meaning, has just been published and is available here on amazon.com

The Causes of Higher States of Consciousness, Issue 01 (Dec-Jan 2014)

The Ultimate Guide to CBD: Everything You Need to Know About the Miraculous Health Benefits of Cannabidiol 184264 views

Spiritual Nutrition: How the Foods You Eat Affect Your Mind, Body and Spirit 182885 views